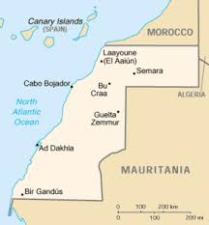 The Fourth Committee of the United Nations in charge of special political and decolonization issues reaffirmed its commitment to the Sahrawi people’s right to self-determination by calling to the relaunch of the negotiation process between the Polisario Front and Morocco, stopped since 2012.
The Committee, which opened on Monday a five-day debate on the decolonization issues of 17 non-self governing territories, supported the holding of a referendum in Western Sahara to exercise this right.
Cristina Carrion from Uruguay said that she hopes that the debates of the Fourth Committee will be the occasion to underline the commitment of all the members to the elimination of colonialism in the world.
She defended the right of the Sahrawi people to self-determination and called for the resumption of talks between Morocco and Polisario Front.
Uruguay supports the efforts of the secretary general and his personal envoy Christopher Ross to speed up this process, she added.
The representative of Venezuela to the United Nations Rafael Dario Ramirez Carreno, who made an address on behalf of the Non-Aligned Movement, said that there are still 17 non self-governing territories whose situation is on the agenda of the special Committee.
For his part, Juan Sandoval Mendiolea from Mexico reaffirmed his government’s commitment to the Sahrawi people’s right to self-determination.
Rolando Castro Cordoba from Costa Rica expressed support to the decolonization process in which an important number of territories managed to snatch their independence, joining the member States of the United Nations.