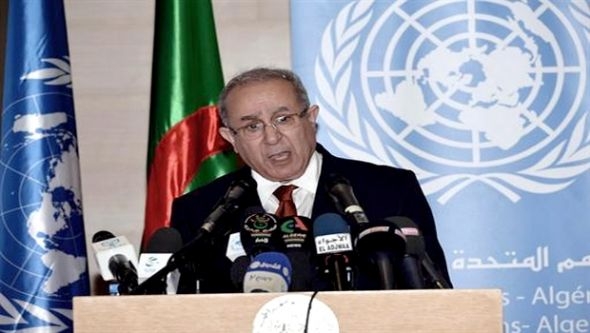 Algiers, October 25, 2016 (SPS) The Algerian Minister of State for Foreign Affairs and International Cooperation, Ramtane Lamamra, called Monday in Algiers on the United Nations (UN) to increase its efforts to find a just and lasting solution to the issues of Palestine and Western Sahara.
The UN Organization is «today called to pursue and multiply efforts to find just and lasting settlement of pending questions for dozens of years, notably Palestine and Western Sahara as well as the crises that rage in the Middle East region and threaten peace and security,» he underlined.
Moreover, the minister highlighted the «major achievements» made by the Algerian diplomacy in the resolution of some political crisis in the world, «thanks to its historical legacy, its place in the world and the wisdom of its leaders.” (SPS)