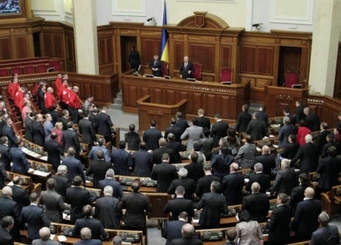 Australia, March 29, 2018 (SPS) – The Australian Parliament on Monday devoted part of its session to the development of the Sahara issue, especially the political and legal situation in the occupied territories and the looting of natural resources from Western Sahara.
The Parliament heard the intervention of New South Wales MP Rhiannon, Sen Lee, who said “Western Sahara has been listed for decolonisation by the United Nations for more than 50 years. A resolution has been adopted every year by the United Nations General Assembly. It is time Australia recognised the Sahrawi people’s right to self-determination. Uniquely, the International Court of Justice has concluded on the status of Western Sahara and the right of the Sahrawi people to exercise self-determination. In its 1975 Western Sahara advisory opinion, the International Court of Justice determined that Morocco did not have any claim to sovereignty over or territorial rights in the territory.”
Rhiannon, Sen Lee went on saying “The importation of phosphate mineral rock from the occupied part of the territory to this country needs to stop. The evidence that this fertiliser represents the illegal exploitation of Western Sahara’s natural resources is now overwhelming”
It is time that Australia supported the self-determination of the people of Western Sahara. This should include ensuring the protection of their sovereign rights to their resources, MP added
She concluded her intervention by urging the foreign minister, Julie Bishop, to consider the question of Western Sahara. a starting point is to support the efforts of the United Nations to deliver a referendum to the Western Sahara people. A second option is to firmly declare that imports of resources from the territory will not be permitted into Australia. For more than 40 years, the people of Western Sahara have dealt with violence, exile and the exploitation of their resources. For more than 40 years, so many of them have been in refugee camps. By Australia taking these actions, they can bring justice to the people of Western Sahara. SPS
Origen: Australian Parliament discusses developments in Sahara issue | Sahara Press Service